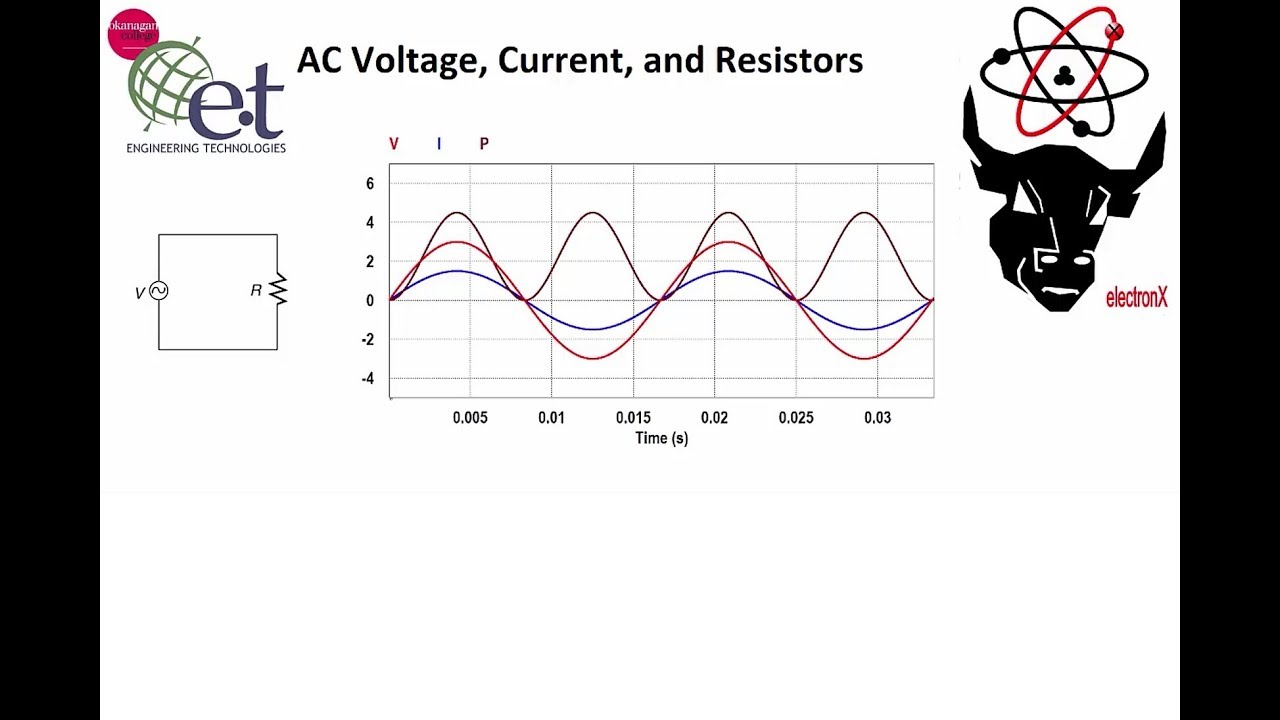 This video describes the way AC voltage and current behave with resistors. You can also read on for more info

If we were to plot the current and voltage for a very simple AC circuit consisting of a source and a resistor, it would look something like this:

Voltage and current “in phase” for resistive circuit.

We can also calculate the power dissipated by this resistor (p=ie), and plot those values on the same graph:

Or, more correctly: e=iR because we use lower case e and i (and p ) to denote that the voltage/current/power is AC instead of DC.

For example (assume all voltages and currents are sinusoidal):

Since voltage across and current through a resistor are in phase with each other, there is no need to include the phase when doing analysis or calculations on AC circuits that only have resistors. However, when we start to include inductors and capacitors, we will have to take into account phase, so as a simple introduction, using phase in AC circuit analysis, let’s look at how to do that with resistors.

As we will see with inductors and capacitors, current flow only results in a flow of electrical energy into and out of the device, energy is not dissipated as heat. We’ll talk more about this in the next chapters, but for now, understand that this type of power transfer is considered imaginary because it is not used up.

For resistors (and inductors and capacitors), this complex number is called the impedance of the device and is represented by the letter Z (in bold to indicate that it is a vector).

(Side note: multiple devices can be combined together to create a total impedance for a circuit).

Resistors in Series and Parallel

Impedances can be combined. When components are in series and parallel, the overall impedance is calculated in the same way as for DC circuits except that all of the arithmetic is vector arithmetic. Resistors are a simple case though since they have no imaginary component. If you have only resistors in an AC circuit, you can combine them to get an overall equivalent impedance in exactly the same way you would in a DC circuit.

Contributors to this chapter are listed in chronological order of their contributions, from most recent to first.